In case you have been out of the loop, global warming is gradually becoming a serious concern to our environment and our planet as a whole. In general, global warming is caused by carbon dioxide and other air pollution that is collection in the atmosphere. As it collects and builds up, it is little by little trapping the sun’s heat and warming up the planet.

So what does this mean for the environment? It is indeed warming up, but not so much that it is considerably noticeable. However, 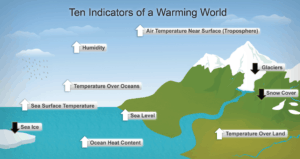 scientists predict that at this rate the average global temperature will be 3 to 9 degrees higher by the end of the century. In result of these rising temperatures, many states in the U.S. are already showing signs of the effects with some of the worst wildfire seasons since 2002.

Since then, drought caused severe dust storms in states like Montana and Colorado, and floods created millions of dollars in damage to the states of Texas, Montana and North Dakota. Because of the continuous rise in heat, many mountains have been affected by their snow totals. Since 1950, snow accumulation has declined by 60 percent in some mountains and many winter seasons have become shorter.

Outside of the U.S., global warming has caused more than 20,000 deaths in Europe just in 2003 because of extreme heat waves. What is the scariest of all facts is the decline of the Arctic’s perennial polar ice cap. At this rate, it is declining at 9 percent per decade.

Every year, scientists learn more about the direct effects of global warming on the environment and what society can do to help the cause. There is no denying the fact that global warming is a serious issue and if it continues on the path it is heading, there is much more devastation to come. Some of the consequences that are to come include melting glaciers and severe droughts causing water shortages, rising sea levels will flood the Eastern coastal seaboard and warmer sea surface levels will fuel more intense hurricanes. 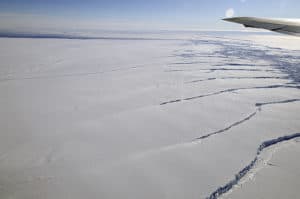 Today’s unstable weather and the futures predicted weather pattern can certainly cause a major catastrophe if we as society don’t stop it today. Things as simple as using a fluorescent light bulb over an incandescent light bulb can preserve energy. By saving energy, it will eliminate a ton of carbon dioxide pollution that is released into the air.

Little by little, more information is being released to the public about global warming and people are gradually becoming more aware of the problem. There is no room to wait for tomorrow to begin saving energy because the future lies within our hands. All it takes is a little effort from everyone in the world to save the future of the planet from the horrific consequences global warming could potentially have.

You don’t have to take my word for it; the signs have already presented itself which we’ve already spoken about in the above mentioned paragraphs. Not convinced yet?  Check out https://climate.nasa.gov/evidence/ for further info.